Riley sees a rainbow with ends that appear to touch the ground 1 mile apart and reaches a maximum height of 0.5 miles above the ground. If the rainbow is an arc of a circle, how many degrees is the arc that Riley sees? 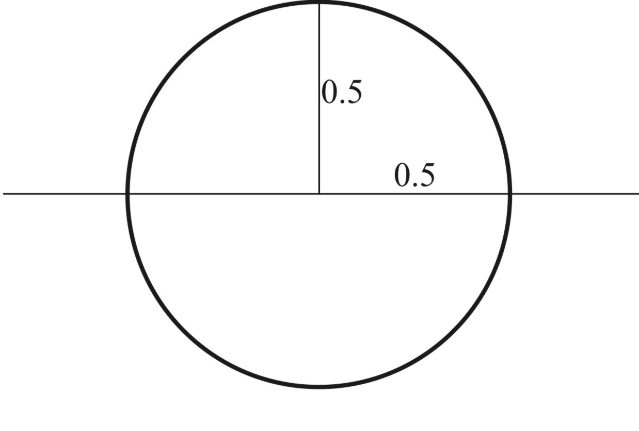 We quickly see that the only way for the chord length to be twice the length of the highest distance from the center of the circle is if the chord is also the diameter. This means that the arc measure must be 180° .

How many four-leaf clovers would need to be placed on the right side of the scale to balance it? 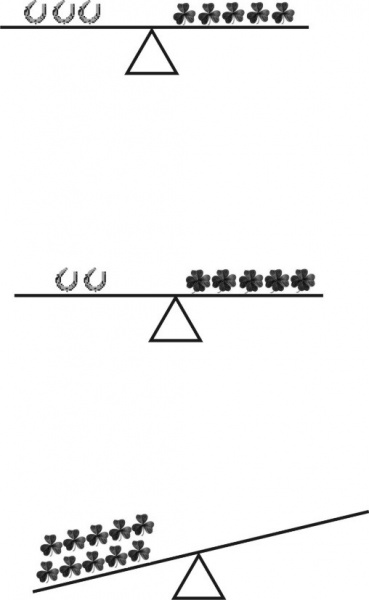 Patti writes Saint Patrick’s Day on a strip of paper and cuts it so that each letter is on its own piece of paper.  If she puts all of the letters in a hat what is the probability that she draws all five letters of her name in exactly five draws (without replacement)?