First marketed by Wham-O in 1958, the Hula-Hoop was not patented until March of 1963. In the first four months of production, it is estimated that 25 million Hula-Hoops were sold. According to the Guinness Book of World Records, the record for the most Hula-Hoops twirled simultaneously by an individual, set in November of 2015, is 200. This record was set by Marawa Ibrahim. Another Hula-Hooper, Gregory Sean Dillon, is the fastest Hula-Hooper in the world, twirling at a rate of 243 revolutions per minute. 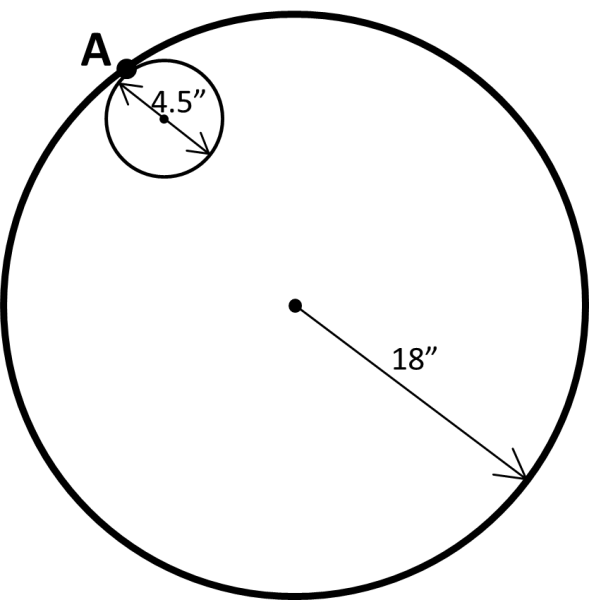 During her act the performer twirls the Hula-Hoop without ceasing for 6 minutes at a rate of 2.5 revolutions per second. If she starts her act with point A of the Hula-Hoop touching her arm, how many times does point A again touch her arm during her 6-minute performance?

CHECK THE PROBLEM OF THE WEEK ARCHIVE

FOR SOLUTIONS TO PREVIOUS PROBLEMS